The City of Sycamore owns and operates a wastewater collection and treatment system operating 24 hours per day. In addition to meeting regulatory requirements, the City strives to operate in the most efficient and fiscally responsible manner that also provides transparency and education to its residents. The long-term plan for a new wastewater treatment plant facility is now underway. The City chronicled the project through the use of current digital technology. Completed in 2020, we used this site to keep our citizenry informed of the status and progress.

Status and Updates in Video (PDF) 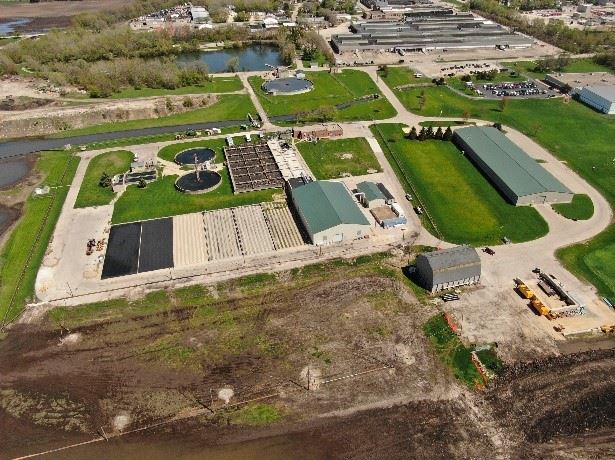 The current wastewater treatment plant (the preceding picture and this video show the plant in May 2019, just prior to the start of major work and after heavy rainfall) located on North Cross Street serves over 18,000 residents spread over 6,400 acres. It can handle 2.97 million gallons of wastewater per day. The wastewater is collected and conveyed to the plant through a 104-mile-long network of sanitary sewers ranging from four to sixty inches in diameter. 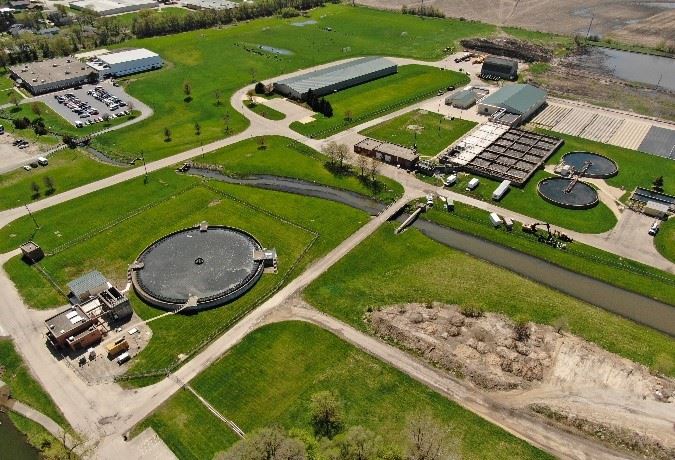 The upcoming project is the final part of a three-phase expansion that started in 2005. Phase one, completed in 2011, involved headworks and solids handling improvements. The second phase included improvements to meet updated Illinois Environmental Protection Agency (IEPA) requirements. The City installed a disinfection system for the excess flow clarifier, replaced a rotary fan press for sludge dewatering with a centrifuge, and installed a stilling well in the excess flow clarifier. Construction was completed in the spring of 2015.

Once at the plant, sewage is pumped and then flows through the entire facility via gravity. Treatment of the wastewater involves what is called an activated sludge process consisting of physical, biological, and chemical treatments. The treated wastewater is discharged into the Kishwaukee River, and dried solids are applied to farm fields. The current plant has been upgraded five times. The most recent modification occurred in 2015. However, a majority of the infrastructure at the existing plant was constructed in the late 1970s and is past its useful life. 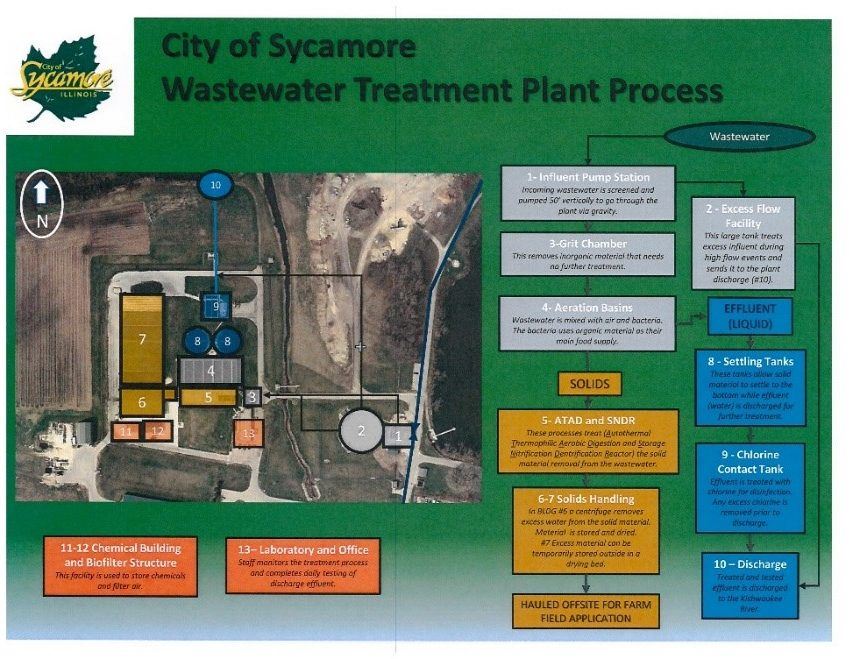 Earlier in 2019, the City broke ground on the third and final phase of the treatment plant, which consists of both expansion and rehabilitation. When completed, the new plant will be rated to handle 4.90 million gallons per day, as compared to the current plant's capacity of 2.97 million gallons. Since treatment plant components have a useful life of decades, it is essential to plan for growth in the community over the same period. 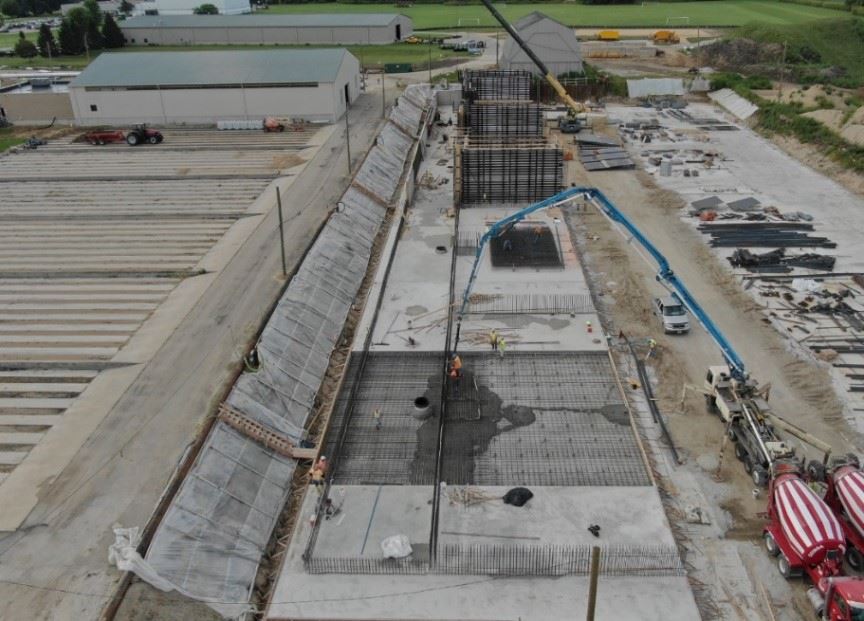 The improvements consist of the addition of improved solids removal and handling facilities to remove material from the sewage prior to treatment within the Sequencing Batch Reactors (SBR). These tanks (shown) treat wastewater through aeration, settling, and decanting. This more automated system will allow City staff to more closely monitor the treatment process and more easily make changes based on the quantity and concentration of wastewater flows.

Earthwork is underway including preparing the compensatory storage and shaping the wetland. The contractor has also installed underground piping and is partially complete, with the construction of the Sequencing Batch Reactor (SBR) tanks. The expanded plant will provide the extra capacity needed to serve future expansion and increased flows from existing customers. The design has the flexibility to be modified and expanded to fit the needs of the community as it grows. Other benefits of the project include continuing to meet current and upcoming IEPA water quality mandates, including reducing the discharge of phosphorus and nitrogen. By doing so, the City continues to protect the quality of the Kishwaukee River and downstream bodies of water.

During design, this last phase had an estimated total cost of $24.81 million. However, through value engineering and a competitive bidding environment, the City received multiple bids under the estimate. The low construction bid was from Leander Construction, while Xylem provided the low equipment bid. The project contracts total $22.09 million, a savings of $2.72 million.

The City will finance the project using sewer connection fees collected from new construction, a loan from the Illinois Environmental Protection Agency, and reserve funds from the Sewer Fund. In 2015, the City increased its sewer user fees in anticipation of this project. Therefore, no rate increases were implemented after the system came online in 2020. In addition, these reserve funds have been saved for the expansion and allowed the City to borrow less, thereby saving on the interest costs. Earlier in 2019, City Council reduced sewer rates as a result of these reduced construction costs. The City has pledged to continue to evaluate costs and review options to make potential decreases to rates refunding savings to users and/or decreasing future costs.